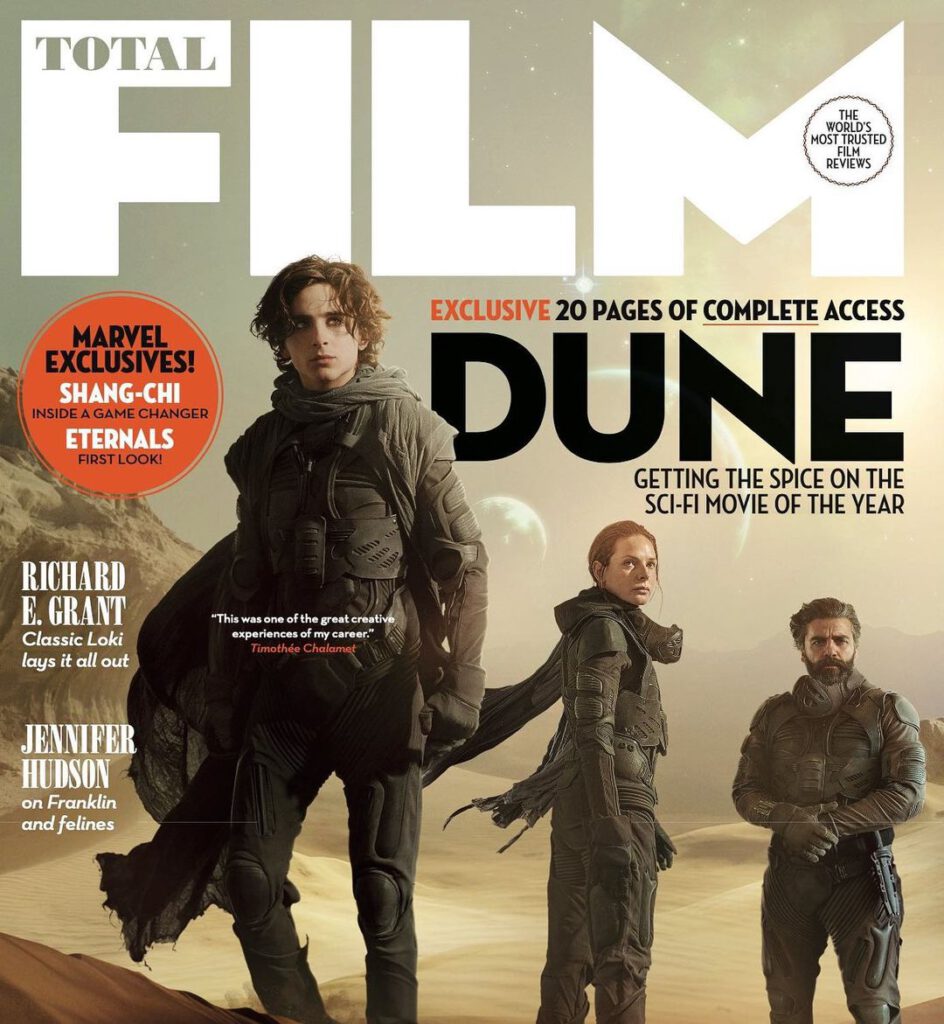 TOTAL FILM: Move over, Snyder Cut – Dune star Jason Momoa wants to see the Villeneuve Cut. Based on the 1965 novel by Frank Herbert, Villeneuve had over 400 pages of complex source material to adapt, and Momoa would like to see it in all its glory.

“It was a cool movie. You know what they need to do? They need to make the four-to-six hour version of the first half,” Momoa told The New York Times. “It’s like, ‘Let’s watch the four-to-five-hour movie like a TV show; I can choose when I want to watch the whole thing.’ I want to see Denis’s whole vision. I don’t want it to be trimmed.”

The movie focuses on a planet called Arrakis (also known as Dune), the only source of the most valuable substance in the universe – a drug called ‘the spice’ that extends human life, provides superhuman levels of thought, and makes faster-than-light travel possible.

Oscar Isaac plays Duke Leto Atreides, the man in control of Arrakis, while Timothée Chalamet is his son Paul. Momoa plays Duncan Idaho, one of Duke Leto’s right-hand men. After a bitter betrayal, Paul must seek refuge among the Fremen, the native people of the planet who live in the desert – one of these people is Chani, played by Zendaya. Oh, and throw some dangerous giant sandworms into the mix, too. Alongside Momoa, the all-star cast also includes Rebecca Ferguson, Dave Bautista, Stellan Skarsgård, and Javier Bardem.

Dune is released in theaters and on HBO Max on October 22. In the meantime, check out our list of the best sci-fi movies of all time.